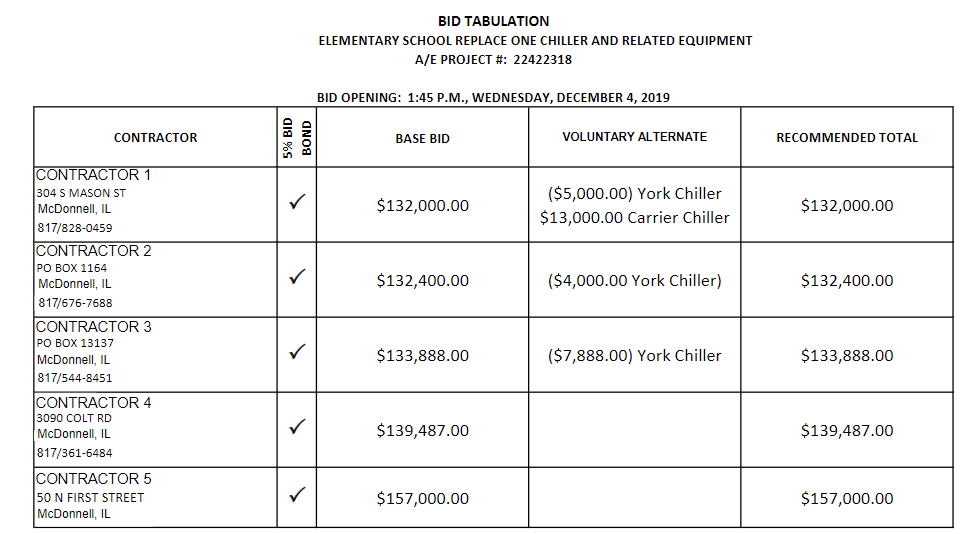 Which contractor should be awarded the contract if the owner decides to take the York chiller alternate?

Contractor 5
Incorrect. Contractor 5 has the highest bid and should not be awarded the project.

Contractor 4
Incorrect. Contractor 4 did not provide an alternate price for the chiller, therefore their base bid of $139,487 is not the lowest bid.

Thanks for your question! Because the scenario says that the district has a preferred chiller in mind but they’re willing to look at other recommendations from the contractor, this shows that the contractor is pricing more inexpensive chillers to lower the bid price. The contractor wouldn’t include a chiller in their bid that would add to the bid cost, further lessening their chances of winning the bid. The preferred chiller is included in the base bid, however the York Chiller is an alternate that would allow the district to save money and that deduct money is included in the bid form. Thanks!