Why isn’t programming considered a phase when it’s really part of the scope? 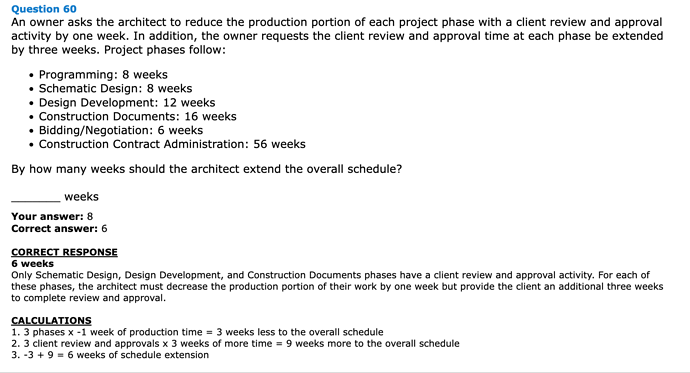 Hi @anna.ishii - I think the key phrase here is ‘production portion of each project phase’. I wouldn’t describe programming as a ‘production’ phase, and further, the B101 doesn’t outline a client review and approval period after the programming phase (probably because it’s not a basic service). Typically during programming, the architect and owner are working closely together to define the program for the project - essentially, the client review and approval period is built in to the phase itself. That’s not the case of other design phases.
Hope that was helpful!